Panoramic view of Krasnystaw as seen from the meadows 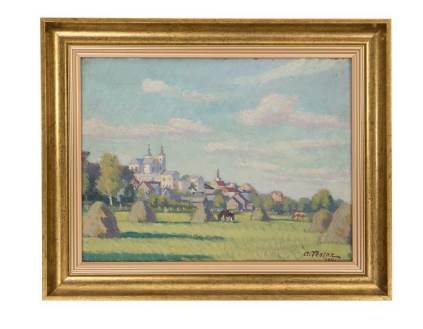 This bucolic image was painted by Antoni Teslar in the second year of World War II, which made the author flee from Warsaw to Krasnystaw. It is not commonly known that he waited out the turmoil of war here, perhaps in the Radomyskis’ 19th-century manor house, a former seat of Krasnystaw starost. It is also here that he created seven paintings depicting Krasnystaw and the region, all of which are on display at the Museum.

Works of Antoni Teslar created during his stay in Krasnystaw in 1941 are displayed in a parlour next to the refectory and include gouache paintings on cardboard and oil paintings on canvas.
Teslar was born in Krzeszowice on 26th May, 1898 and died in Warsaw on 13th September, 1972. Among his works we find a panoramic view of Krasnystaw as seen from the meadows and a recently purchased painting of the river Żółkiewka flowing through Krasnystaw.

Teslar’s favourite motives were landscapes, portraits and still nature. In 1917 or 1918 he began education in the School of Fine Arts in Warsaw. He was connected with Polish Legions and the publishing department of the Supreme National Committee. Between 1921 and 1925 he studied in the Academy of Fine Arts in Cracow under Wojciech Weiss’ and Stanisław Kamocki’s tutelage, and between 1926 and 1929 in Paris in Conservatoire National des Arts et Metiers with Magny as his teacher. His engagement in the craft of ‘enamelling’ was awarded with a brown medal in 1928 and a silver one in 1929 during international jewellery fair in Paris. Teslar was a member of an association of artists called Grupa Zachęta. 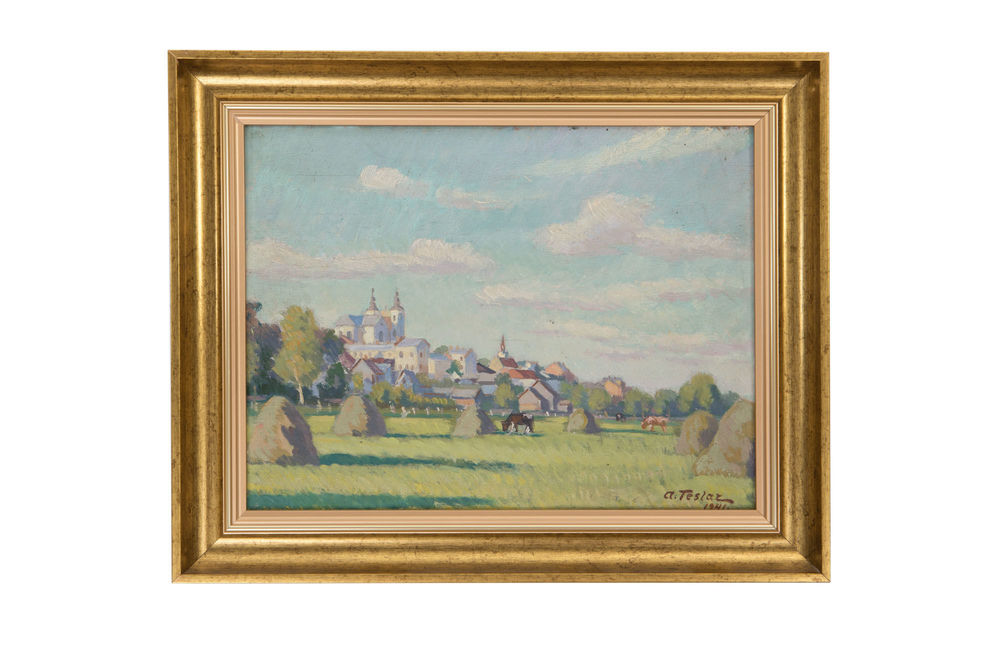