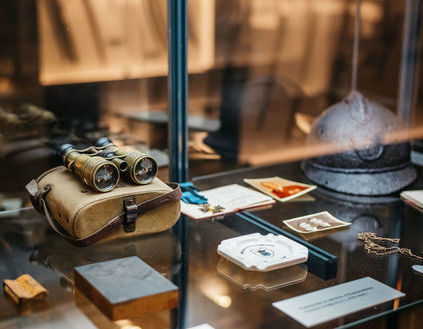 Spanning the history of Krasnystaw from the days a small settlement called Szczekarzów received the Magdeburg rights in 1394 till 1989, this exhibition contains about 500 objects. They include: Old prints, stamping seals, engravings, paintings, maps, banners, photographs, postcards, medals, coins, ordnance, as well as clay vessels and iron heads of battle axes dating back to the pre-location period.

Items connected with bishops of Chełm diocese who were present in Krasnystaw from late 15th century to early 19the century. Among the highlights is a sandstone epitaph with Stanisław Gomoliński’s coat of arms.

A number of original documents ranging from the 17th to the 20th century, issued by the aforementioned bishops, Krasnystaw starosts, town authorities and the court of King Stanisław II August.

A French map from 1665 of Black Ruthenia depicting a big pond Krasnystaw took its name from.

Old Latin prints that used to adorn the shelves in former Jesuit and Augustinian libraries. Printed in Antwerp, Amsterdam, Paris and Venice, the prints are as old as the 16th. Highlights of the collection include De vita Caesarum by Gaius Suetonius Tranquillus, printed in 1592, De conscientia et eius jure vel cosibus from 1631 embellished with Pilawa coat of arms and gifted to the Jesuits by starost Michał Potocki, and previously owned by the Borghese, Ludovico Ariosto’s Orlando Furioso, published in Venice in 1730.

Polish and foreign silver and gold coins minted between the 14th and the 20th centuries during the reign of Stephen Báthory , John II Casimir and John III Sobieski, as well as those issued by the Polish National Government during the November Uprising. Among the highlights of the collection there are first Polish paper money from 1794 and a 19th-century silver cup with a silver coin from besieged Zamość.

Prince Józef Poniatowski memorabilia, including his portrait as a young man, painted by Józef Grassi, as well as a cup and a spoon depicting his image.

Objects related to Krasnystaw guilds, among which are a late 18th-century iron chest, and a banner from 1865.

Old photographs of Krasnystaw and its inhabitants before the First World War that partially destroyed the town centre.

Interwar period memorabilia, including the People’s Party banner, and an information board of Local Society of War veterans.

Second World War and underground newspapers, German authorities’ announcements, and a detailed plan of an attack on Krasnystaw prison drawn in 1943 by Stanisław Sokołowski, the operation’s commander murdered in November 1945 by the secret police officers.

Pictures of general Zygmunt Berling army’s soldiers entering Krasnystaw in July 1944, as well as photos of the members of Bataliony Chłopskie, a partisan organisation, coming home from Siberia in 1946. 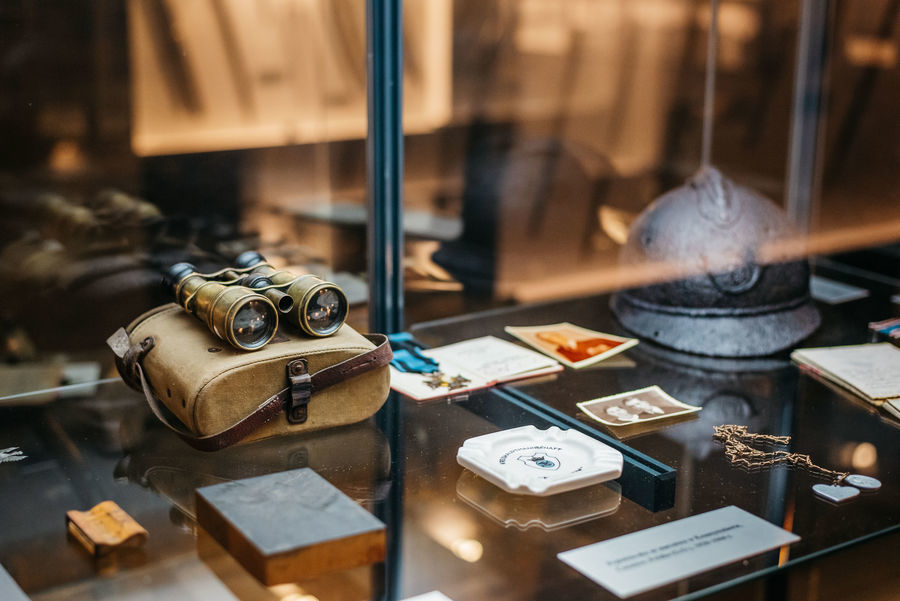 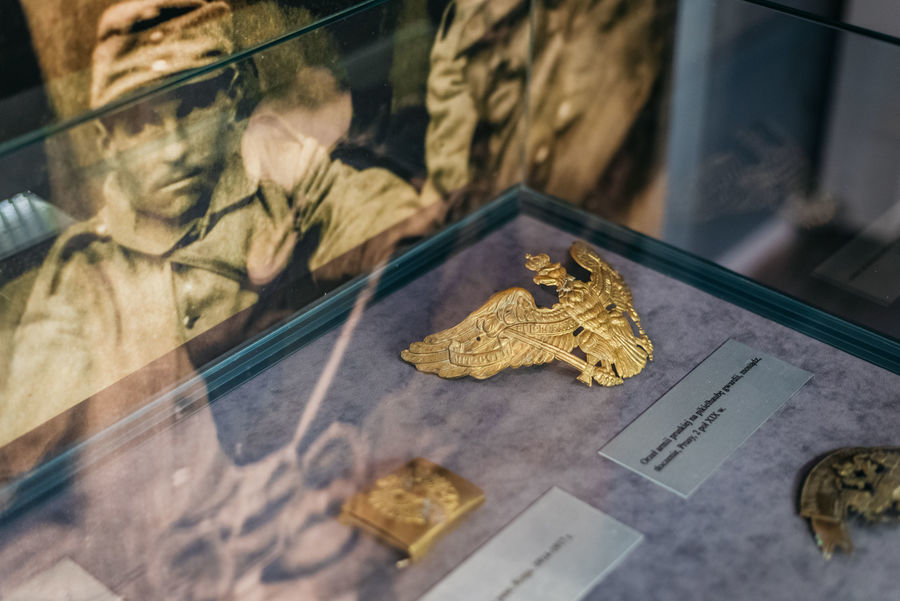 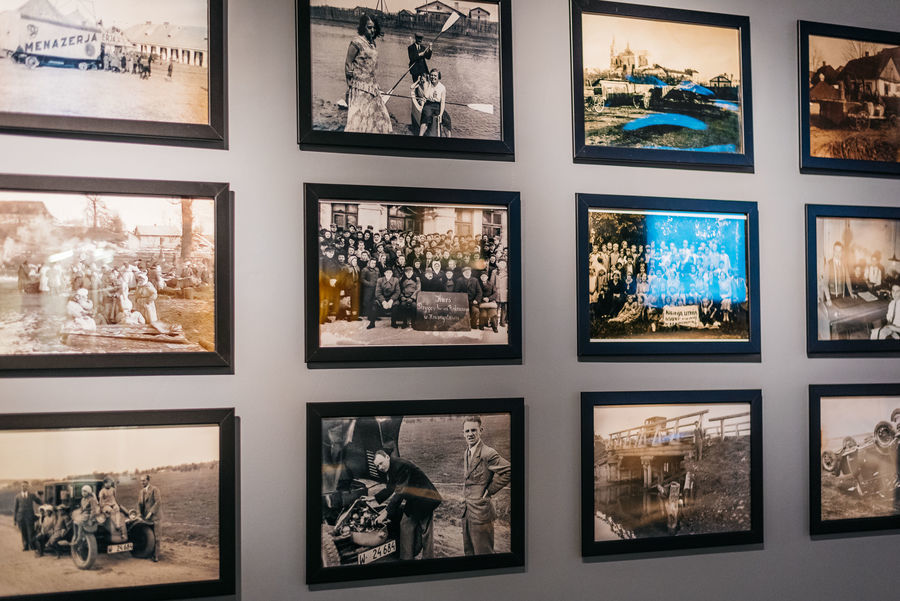 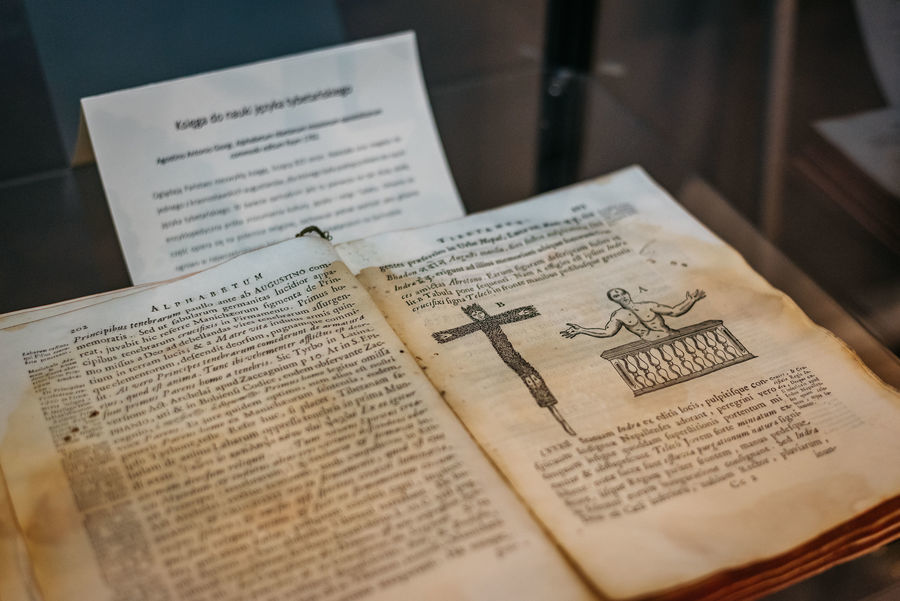