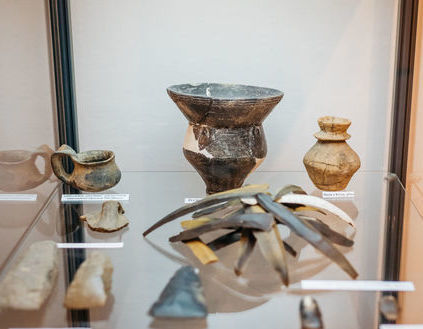 The exhibition illustrates how people living in Krasnystaw and its close vicinity gradually changed their way of life, hunting methods, beliefs and burial rituals in times before written records. Artefacts range from late Palaeolithic, c.9000 B.C., till early 13th century and include:

Egyptian ushabti figurine found near Turobin, a set of lithic flakes produced in flint, a Globular Amphora tomb (c. 2500 to 2000 BC) excavated in Łopiennik Górny, the furnishing of the tomb of a warrior excavated in Żdżanne, and Roman denarii trove found in Romanów.

Wooden tool parts and tripod cooking stand with a cauldron hanging above the fire reconstructed to illustrate methods of food preparing. The exhibition is complemented by a sole remaining fragment of town fortification dating back to the 14th century. 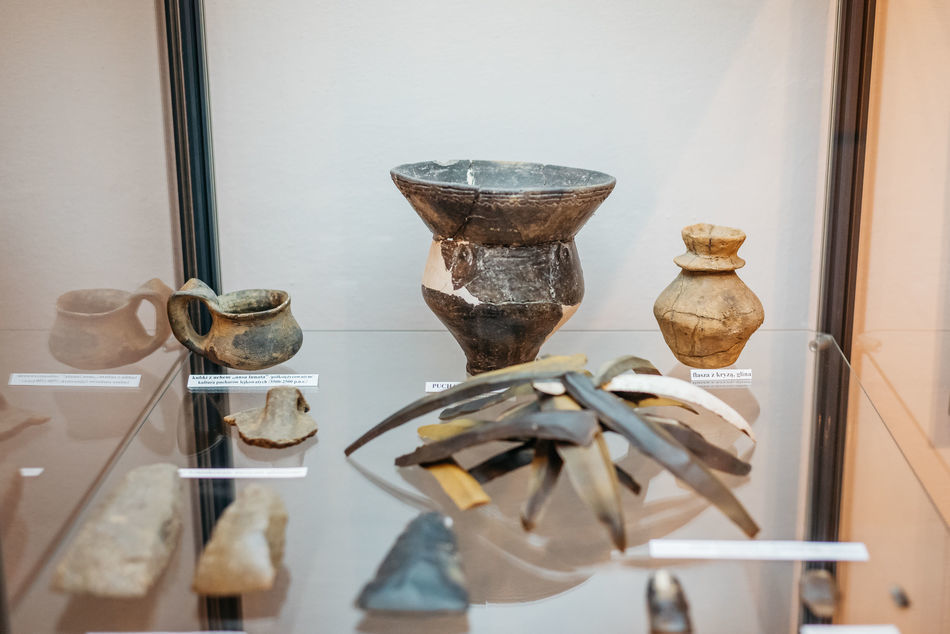 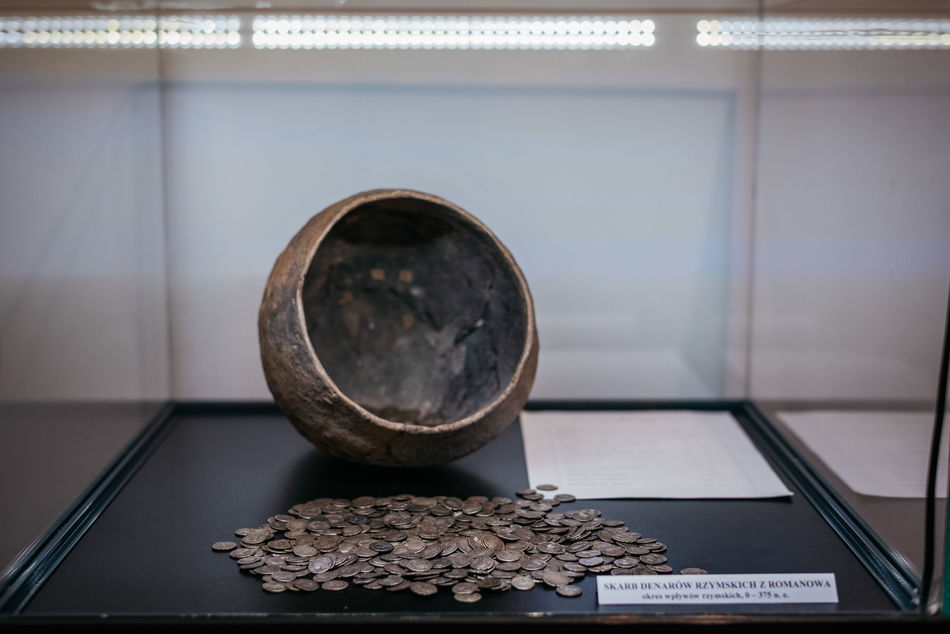 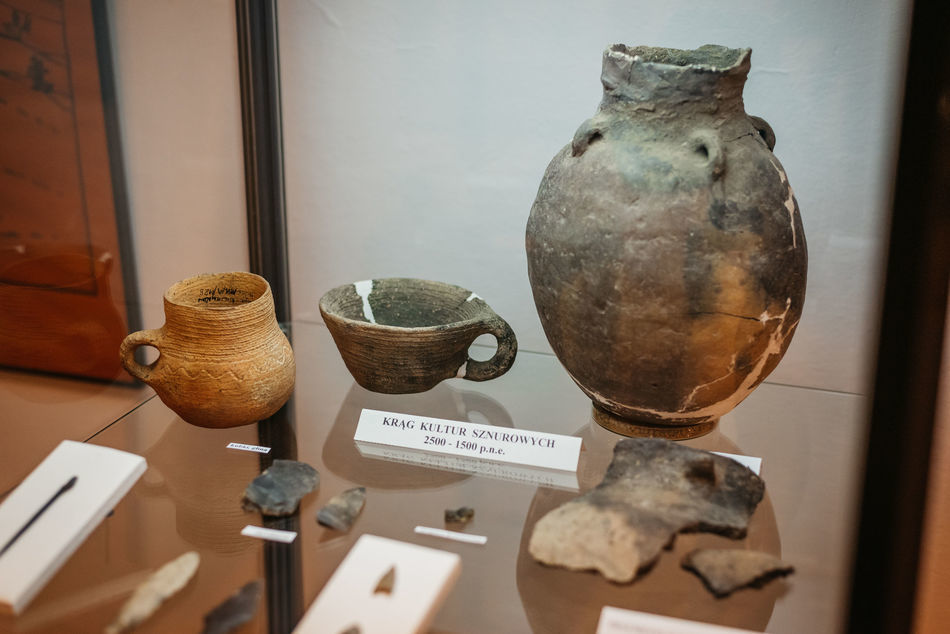 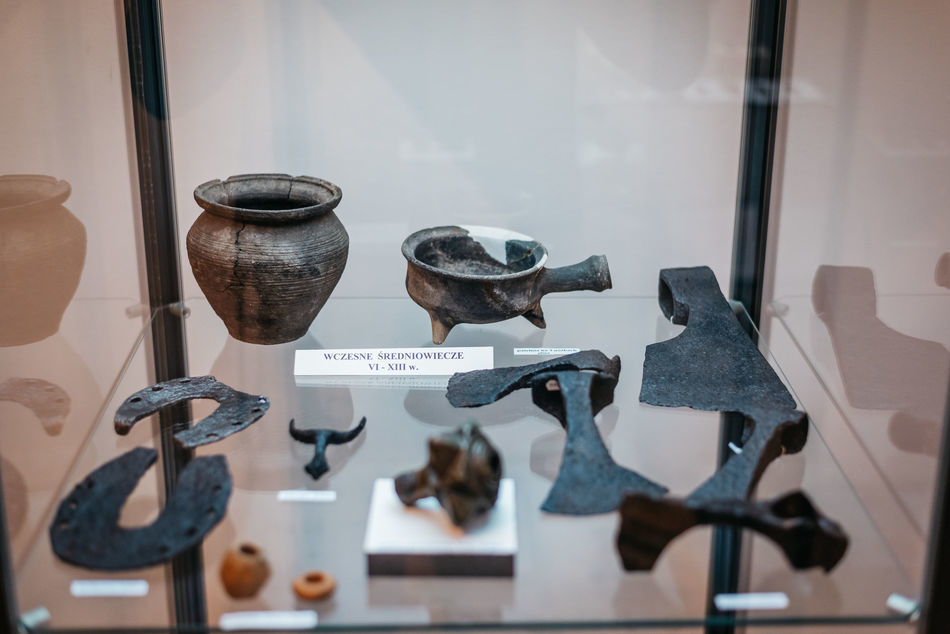